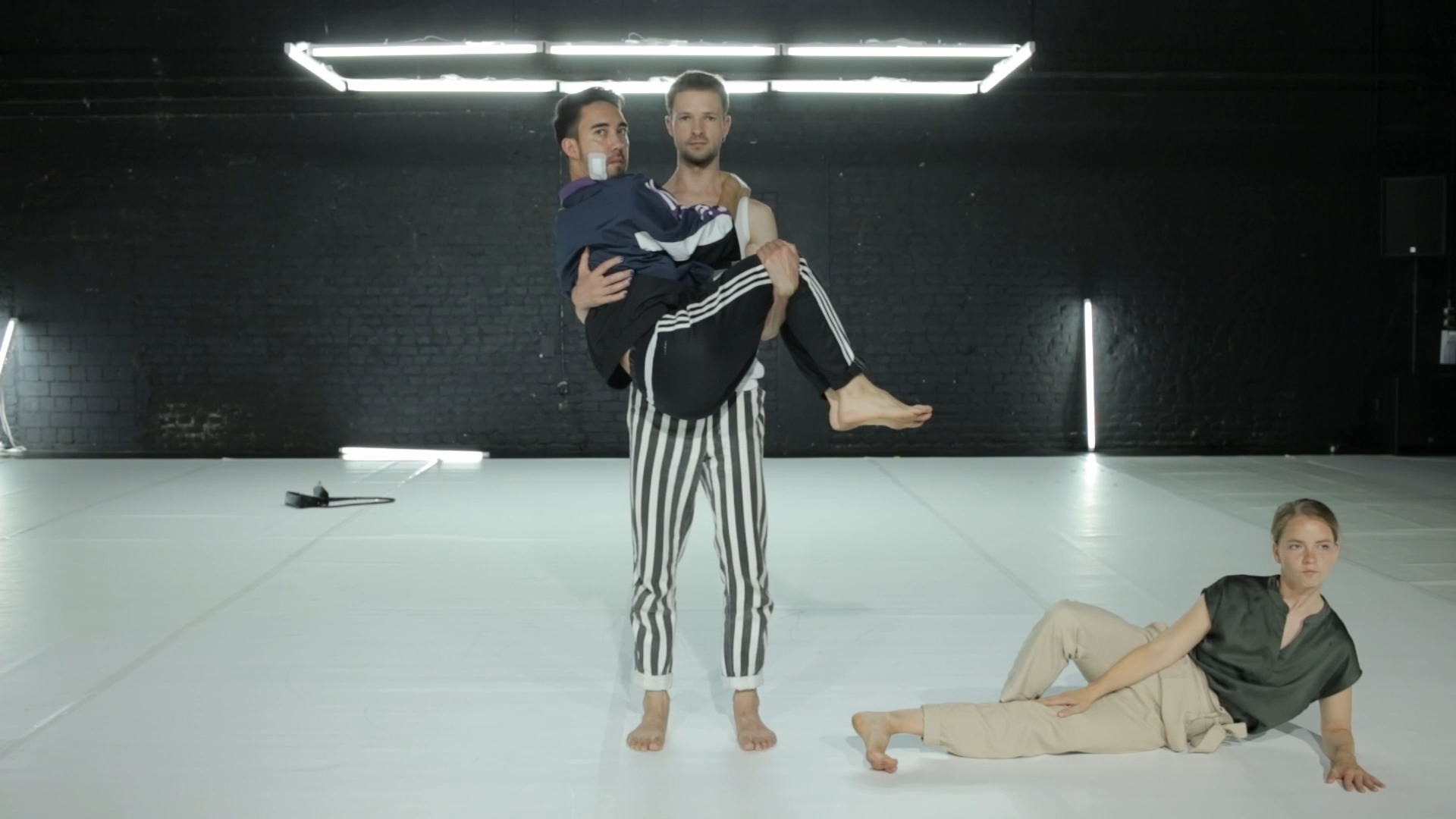 NulllDREI is the first of a planned series of dance events in which three dance pieces of about 15 minutes each will be shown. The aim is to create a multifaceted evening and to make the diversity of contemporary dance and related fields accessible to a broad audience. In addition, dancers and choroegraphers from the region will share the evening with at least one international dance artist.

In “Nachttarif” three people meet and get lost in an opaque trio. It is unclear whether they know
each other, or whether they just happen to be standing next to each other. What is certain is that
they observe each other, distrust each other, provoke each other. But they also attract each other,
come closer, amuse each other and ally. A shared whim or situation between strangers that
threatens to escalate. It creates the appearance of a night scene in a public place, where relationships with each other can change seemingly. Everyday interpersonal situations are driven into a ludicrous absurdity. Whether they actually happen or only take place in the minds of those present remains unclear until the end. Paranoia or reality?

Mira Rosa Plikat is a freelance dancer and choreographer based in Cologne. Before studying contemporary dance at the University of Music and Dance Cologne, she studied psychology and visual arts with a focus on painting at the University of Dortmund. Since 2017 she has been creating her own works in collaboration with other dance makers, which have been shown at Tanzhaus Zürich, Tanzhaus NRW, Südufer Freiburg, Tanzfaktur Köln, Flottmannhallen Herne, Studiobühne Köln, among others.

“Litost” is a Czech expression that has no translation into any language and seeks to express the feeling of vulnerability and exposure. From this feeling the individual generates a desire for revenge towards the apparent causes of their misfortune or emotional misfortune. From this concept Raúl Martinez makes an approximation between the stereotype of being a man, from a Central American vision, and the battle to let go of these concepts in order to dedicate himself to dance, a non-validated profession. The feeling of vulnerability before family, friends and social level at the moment of recognizing his desire to become a professional in dance leads to that feeling of “Litost”. Revenge is not an action to hurt, if not to show that the fight is fought on stage.

Choreography and Performance: Raúl Martinez Raúl Martinez from El Salvador is the founder of the collective Los INnato and Company VAYA Art of Human Movement, as well as the dance festivals “La Machine” in Costa Rica and “Nómada” in El Salvador. He has worked as a dancer in many projects such as the National Company of Costa Rica, Company “ADN Dialect” in Switzerland among others. As a choreographer he has received residencies in Spain (L’Struch Le pettit Mon de Sabadell), Brazil (Primera Residencia Nucleo Vila
Dança, Salvador de Bahia) and Mexico. He has created pieces for the National Company of Costa Rica, the National Dance Company of El Salvador, Núcleo Viladanca in Brasil and the University of Veracruz, among others.

BEYOND THE THRESHOLD OF I – Margherita dello Sbarba

“Beyond the Threshold of I” is the second chapter of Margherita’s research on loss and disappearance. The performance expands and focusses on the exploration of the concept of identity as a fluid, unstable, moving being that exists in relation to others. It springs from the reflection around the definition of the self during the covid-19 pandemic: what parts of the “I” disappear while living in forced isolation? Trough words, dance and visual art, we explore the boundaries between personal and collective identity. 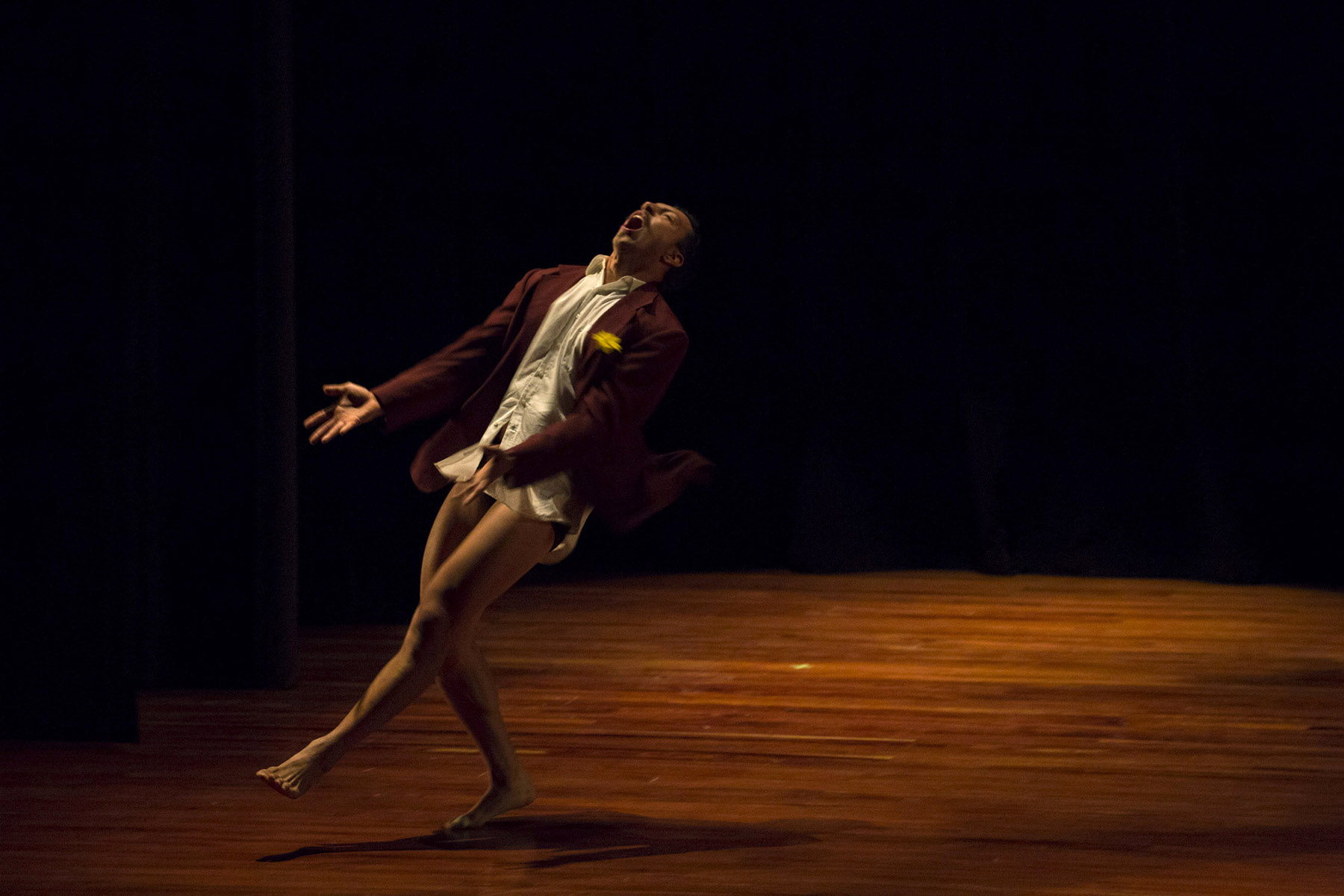 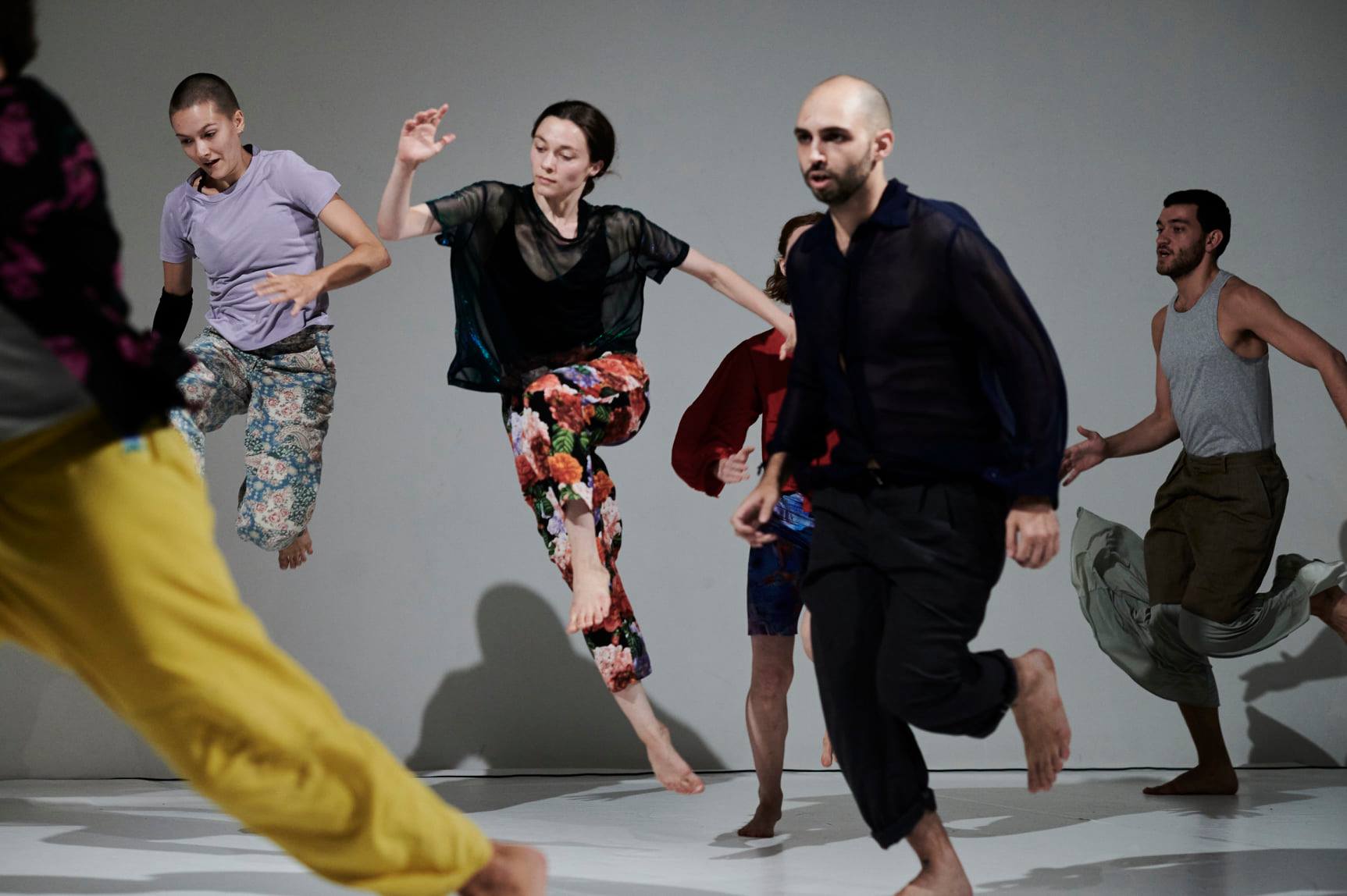